Frizz or formaldehyde? Trendy 'do poses a hairy dilemma

Frizz or formaldehyde? Trendy 'do poses a hairy dilemma 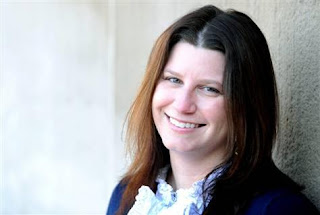 Jennifer Dooley's hair was transformed from frizz-prone to perfectly smooth and straight when she underwent a Brazilian Blowout two months ago. The product is labeled "formaldehyde-free" but recent tests conducted in Oregon and Canada suggest otherwise.

“Suffer for beauty” has been taken to a whole new level with recent controversy surrounding a trendy hair treatment called the Brazilian Blowout.

The product, used in pricey salons, turns frizzy, unmanageable locks into the luxurious pin-straight looks made popular by celebrities like Jennifer Aniston and Gwyneth Paltrow.

The catch? Tests conducted by the state of Oregon earlier this month determined that the product contains unsafe levels of formaldehyde — as in, embalming fluid — a known carcinogen.

But that’s not deterring some from the pursuit of fabulous wash-and-wear locks.

“Chemicals are a way of life now,” says Stefeny Anderson, a 36-year-old event planner from Renton, Wash., who got her first Brazilian Blowout two weeks ago in an effort to tame “corkscrew curls” that frizz at the slightest hint of rain (a given in Washington state). “It’s not like you’re putting it in your hair every day.”

Introduced at salons a few years ago, the Brazilian Blowout costs about $250. But after the two-hour treatment — which involves coating the hair with the chemical, then flat-ironing it — coarse, kinky hair becomes soft, smooth and straight for two to three months. Sort of an anti-perm, the Brazilian Blowout has been touted as more effective and less time-consuming than other hair-straightening methods such as conventional relaxers, Japanese thermal processing or other keratin-based treatments (there are several available), although concerns have been raised about the product’s possible formaldehyde content in the past, when Allure magazine did an exposé.

These concerns soon dissipated, though, once the company reformulated the products and began distributing bottles labeled “formaldehyde-free.”

Earlier this month, though, Oregon Health & Science University issued two public alerts after tests performed by the state’s Occupational Safety and Health Administration found up to 10.6 percent formaldehyde in the product (.2 percent formaldehyde is considered safe by the Cosmetic Ingredient Review Expert Panel).

Brazilian Blowout disputes the finding. "We have no formaldehyde in our formula," spokesperson Dana Supnick said.

In other tests a couple of weeks ago, Canada's health department found up to 12 percent formaldehyde and warned people to stop using it, citing consumer complaints of “burning eyes, nose, and throat, breathing difficulties, and one report of hair loss associated with use of the product.”

According to the National Cancer Institute, formaldehyde has been classified as a known human carcinogen with research suggesting an association between formaldehyde exposure in workers and several cancers including nasopharyngeal cancer and leukemia. Short-term exposure is no picnic, either; adverse effects include watery eyes, burning sensations in the eyes, nose and throat, coughing, wheezing, nausea and skin irritation.

Health complaints from stylists who’ve performed the Brazilian Blowout on clients have prompted at least one class action lawsuit against the manufacturer. The FDA has also announced it’s received “a number of inquiries from consumers and salon professionals concerning the safety of this product” and are currently looking into the issue.

Despite these hair-raising headlines, the Brazilian Blowout has proved to be such a godsend for those with frizzy, unmanageable hair that health-conscious women are left in a tangled dilemma. 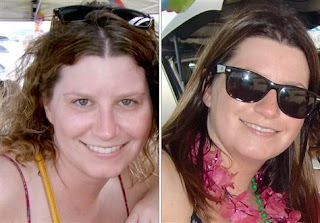 Jennifer Dooley says surviving this year's annual Jimmy Buffet concert without frizz is the true test of the Brazilian Blowout. On the left, she's at last year's show, with "curly hair as big as the stadium he played in." At this summer's show (right), Dooley's hair stayed sleek through the encore.

“I keep debating with myself,” says Jennifer Dooley, a 31-year-old hospital public affairs officer from Romeoville, Ill., who got a Brazilian Blowout two months ago. Dooley says her new stick-straight hair requires no maintenance whatsoever, as opposed to her kinky curls which made her hair look like a “football helmet” in Chicago’s humidity.

Dooley says the true test of the Brazilian Blowout came at the end of the summer, when her formerly frizzy hair withstood eight hours of tailgating in 100-degree heat at a Jimmy Buffet concert. At last year's concert, she ended the night with "curly hair as big as the stadium he played in."

“I’d probably be doing infomercials for it if there weren’t so many concerns about it right now,” she says. She goes to a reputable salon and trusts her stylist so says when the solution was touted as “formaldehyde-free” she decided to give it a try. “But it does make you think, ‘What did they really do to my hair to make it do that?’ I know how curly it is. I’ll think twice before I’ll do it, but I wouldn’t say no to doing it again.”

Others, like Anderson, believe the formaldehyde issue has been blown out of proportion.

“I think people tend to freak out about things and don’t know all the details and then all of the sudden, something gets banned,” she says. “It’s totally worth it. I love the way my hair looks.”

“I pulled it off the menu the second I found out about the test in Oregon,” he says. “I’ll probably lose some clients but I could care less at this stage. The whole thing is alarming.”

Alarming, but perhaps not totally unexpected.

“One of my stylists said it made her eyes water when she was using it so she started wearing a mask,” he says. “When I saw her wearing that mask, I asked myself, ‘Does that look good? No.’”
Posted by Unknown at 3:51 PM No comments: 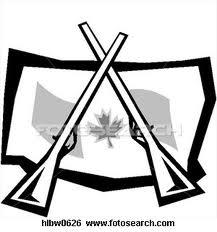 Canadians in the Great Wars


In World War I, Canadians fought in historic battles such as the battles of Ypres, Passchendaele, and Vimy Ridge, and Canada’s “Hundred Days” offensive which ended the War on November 11, 1918. Canadian soldiers became known around the world as an elite force, and were nicknamed “storm troopers” by those who feared them.

If you would like to learn more about the role Canadians have played in major wars, visit the Veterans Affairs Canada website at:

What is Remembrance Day?

Why Do We Wear The Poppy?

While stationed near Ypres, Belgium in April of 1915, a Canadian soldier, Lieutenant-Colonel John McCrae, wrote the famous poem, In Flanders Fields.

Those who read the poem were inspired to wear poppies in memory of the soldiers lost during the war. The poppy has since became a national symbol of remembrance for Canadians.

Where Can I attend a Remembrance Day Ceremony?

For updates on times and locations, visit http://www.toronto.ca/lestweforget/remembrance-city.htm or contact Mike Colle’s office at 416-781-2395
Posted by Unknown at 5:36 AM No comments:

The History of Rememberance Day 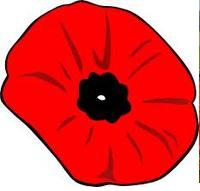 The Royal Canadian Legion suggests that poppies be worn on the left lapel, or as close to the heart as possible.[39] In Canada, the poppy is the official symbol of remembrance worn during the two weeks prior to November 11, after having been adopted in 1921.

The Canadian poppies consist of two pieces of moulded plastic covered with flocking with a pin to attach them to clothing. The head portion of the pin is bent at an angle in a simple unusual design that requires a unique machine at manufacturing. Originally the poppies were manufactured with a black centre ever since their original design in 1922. From 1980 to 2002 the centres were changed to green to represent the green hills of Flanders. Current designs are black only; this reversion caused notable confusion and controversy to those unfamiliar with the original design.[40]

An older poppy design, in use until c. 1970, involved three pieces: red, then a black piece in the current style but made of felt, then a small circle of green felt in the very centre.

Until 1996, poppies were made by disabled veterans in Canada, but they have since been made by a private contractor.[41]

In 2007, sticker versions of the poppy were developed for children, the elderly, and health care and food industry workers. The stickers were not designed to replace the lapel pin poppies, but merely to allow those who could not normally wear one to do so safely.[42]
Posted by Unknown at 4:54 PM No comments:

Our company has been a BBB Accredited business since December 2009. This means it supports BBB's services to the public and meets the BBB Accreditation standards.

We welcome all homes, businesses and establishments:

At Multi Services we understand that your satisfaction means a job well done.

Call for a Free Estimate Today